The United Kingdom is the birthplace of the industrial revolution. Famous for its mega city London and exciting cities like Manchester and Birmingham, it may not seem like the ideal place for nature lovers.

You’re probably tempted to explore the countryside in Scandinavian or to visit a Mediterranean beach rather than travel to the UK, but you might miss out if you do.

Between the towns and cities of the UK’s industrial heartlands, Britain remains a green and pleasant land. Beautiful valleys, expansive woodland, and large bodies of water make the UK a great place to stay for nature lovers. What’s more, in 2018, over 41.7 million tourists visited the UK.

Devil’s Dyke is a tranquil spot on the South Downs. The famous landscape painter John Constable described it as “the grandest view in the world” and it isn’t hard to see why. The dyke is over a mile long and over 300ft deep.

This is the perfect spot for a Sunday afternoon picnic, watching the sun set over the Downs. Exploring the area you will stumble onto the remains of the Iron Age hill fort that once stood here.

Snowdonia is a national park in North Wales covering 823 square miles. The park contains large areas of uninterrupted forests where you can wander amongst the Welsh Oak trees for hours on end, looking to spot otters and feral goats.

The area has several mountain ranges including the Snowdon Massif, which is home to Mount Snowdon itself, the highest peak in the UK outside Scotland at 3560ft above sea level. 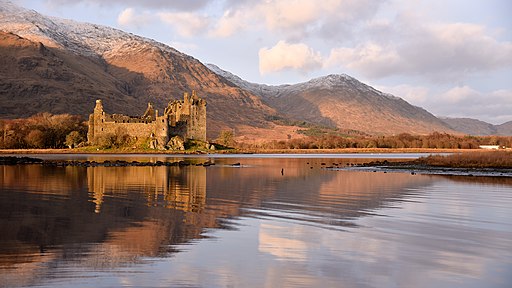 Scotland’s Lochs are beautiful, calming places that are a must visit for any nature lover in the UK. Loch Ness has become a site of international fame, because of its mythology.

For those who would prefer to visit somewhere that has attractions based in reality, Loch Awe fits the bill perfectly.

Loch Awe is Scotland’s third largest Loch, there are several castle remains to be seen on the Loch’s islands. Kilchurn Castle on the northern side of the Loch has extensive remains, including a nearly complete keep, making the perfect photo opportunity. 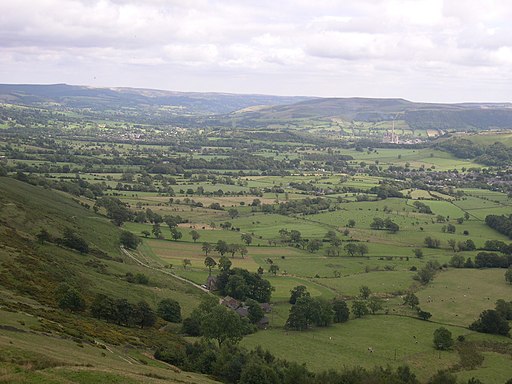 Surprise View in the Peak District is easily accessible, being under half an hour away from Sheffield. The moorland is interrupted by the view into Hope Valley, providing a magnificent panorama of quintessentially English countryside.

Surprise View is a designated Dark Sky Discovery Site, so it is a perfect spot for stargazing.

Looking at pictures of Kynance Cove, you could be forgiven for thinking this was a beach in some far-flung tropical paradise. It’s in Cornwall, in the South West of England, where you will find this idyllic beach with a deep blue sea and gorgeous white sand beaches.

Sit on the rock formations and watch the sea gently ebbing and flowing.

Once the tide has gone out explore the many islands and sea caves that are left exposed.

I'm a Brazilian journalist based in West Midlands. In Brazil, I have worked with International Trade and Logistics publications.

Now in the UK, I keep writing and I dedicate myself to a new project : Midlands Trade - a blog focused on business in Europe and Brazil. It's also supporting small businesses throughout the #MeetTheBusiness.

This site uses Akismet to reduce spam. Learn how your comment data is processed.

Hi! I'm Simone, a citizen of Britain, where I live for over a decade, and of Brazil, where I was born. Midlands Traveller is where I combine my passion for travelling, business and Eco-friendly lifestyle.

As an avid traveller, I can always appreciate a more up-scale accommodation such as a timeshare. I wouldn’t ever want to find my self asking how to get out of Bluegreen timeshare though, so timeshare rentals make more sense. A Grandview Las Vegas timeshare cancellation doesn’t look fun either.

All rights reserved © 2021 Midlands Traveller – Unauthorised use and/or duplication of this material without express and written permission from this blog’s author and/or owner is strictly prohibited.

Excerpts and links may be used, provided that full and clear credit is given to Simone Ribeiro and Midlands Traveller with appropriate and specific direction to the original content.